P!nk Wiki
Register
Don't have an account?
Sign In
Advertisement
in: Songs, Songs from I'm Not Dead, Promotional singles

"'Cuz I Can" is a song written by P!nk, Max Martin, and Lukasz Gottwald for P!nk's fourth album, I'm Not Dead, from which it was released as a promotional single for the album. It was one of the five album tracks that leaked onto the Internet in July 2005.

Lyrically, the song is about P!nk playing by her own rules, and boasting about her "bling," a contrast to the anti-consumerist content of "Stupid Girls," another track on the album. Referring to "'Cuz I Can," she called herself "a walking contradiction" and "a hypocrite sometimes." The song is thematically similar to P!nk's 2008 single "So What."

The official music video for the song was first seen on Australian television on October 5, 2007, and footage of a live performance from the I'm Not Dead Tour. The performance, which was the show opener for the tour, featured dancers dressed like monks and with only underwear beneath their robes. 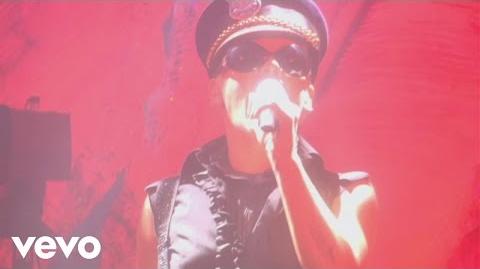 P!nk - 'Cuz I Can (from Live from Wembley Arena, London, England)