P!nk Wiki
Register
Don't have an account?
Sign In
Advertisement
in: Songs, Songs from M!ssundaztood, Singles,
and 4 more

"Family Portrait" is a song recorded by P!nk for her second studio album M!ssundaztood (2001). Co-written by P!nk and Scott Storch, and produced by the latter, the song is about relationships and her family that was about to fall to pieces, portraying the conflict through the eyes of her as a child. It was released as the album's fourth and final single in December 2002. It peaked in the top 20 in both the UK and

P!nk wrote "Family Portrait" with Scott Storch while working on the follow-up to her debut studio album, Can't Take Me Home. The song originated as a poem that she wrote when she was nine years old while trying to cope with her parents' divorce. In reference to the song's lyrics, P!nk told The Telegraph, "That was my life. I was a daddy’s girl and I was devastated when he left because my mom and I never really got along. But it was also, 'God what a relief.' You spend the first nine years of your life afraid of what’s going to happen in your house and then you just have quiet. I flinch now when people fight. I can’t handle it."[1]

In a 2012 interview with Entertainment Weekly, P!nk spoke about the song, stating:

She further noted in an interview with The Independent that, "You can get over stuff, but when you're a woman you can forgive but you don't forget. And it's good that I don't forget, because I always need stuff to write about."[3] Speaking about the recording of the song, she said that, "I went into the studio and I didn't know what I was going to sing and 20 minutes later I was crying and didn't really remember what I did."[4]

P!nk later revealed to Q magazine that "Family Portrait" got her into trouble with her mother. The singer commented: "She went to the National Enquirer. We laugh about it now, but it wasn't the best way to address family problems."[5]

She explained during her performance for VH1's Storytellers that the song made her family more open to communication: "For us as a family, we used to sweep things under the rug and act like things were okay, and act like I didn't run away and I wasn't on drugs and it was all a dream. We opened up communications as a family and now, when we sit at the dinner table, we really ask each other how we are and we really answer and it's beautiful."[6]

"Family Portrait" is a pop song with elements of soul composed in the key of C minor. It is written in common time and moves at a moderate 88 beats per minute. The song is divided into four-measure phrases with an i-iv-III-ii-V chord progression.

The single received mostly positive reviews from the critics. Paul Matthew from UKMIX gave the song 4 out of 5 stars, saying that it is strong, catchy and different from anything she had released to date. Dr. Bruce L. Thiessen praised the song's stripped down nature, stating that "P!nk has never been afraid to show her true colors. The haunting, yet urgently importuning nature of the music matches and magnifies the meaning. The intensity of every earnest guitar strum and run echoes the sense of longing for familial harmony expressed in the chorus. P!nk's voice on 'Family Portrait' further reflects the urgency underlying the song." Malaimport from StudyMode.com gave P!nk the credit for the song in his article, "P!nk positioned the audience to understand and accept her representations of pain and frustration was clear through the uses language choices and imagery devices such as repetition and use of strong and forceful words."

According to P!nk's father, James Moore Jr., during an interview with E! Entertainment's E! True Hollywood Story, this song has been unofficially named the national anthem for young kids who have been through the harsh effects of divorce of their parents: "I have got letters from parents thanking us from this song." The song, which she wrote and composed in collaboration with Scott Storch, was still going strong as of late April 2012, with millions of hits on YouTube and millions of albums sold from M!ssundaztood. "It took me a while to listen to 'Family Portrait' without getting emotional," P!nk's mother, Judith Moore, told E! True Hollywood Story. Although the song addresses how P!nk struggled through her parents's divorce, it is also addressed to kids, to encourage them to talk with their parents about how they feel about their divorce.

The song's music video was directed by Sophie Muller, who went on to direct the music video for "Trouble," the lead single from P!nk's third studio album, Try This. The video depicts P!nk as an adult, struggling to get through the day while her child self is singing the song.

P!nk told Entertainment Weekly that a child mouthed most of the song's lyrics in the video because the song became emotionally overwhelming after being asked about it in countless interviews during the promotion of M!ssundaztood.[7] 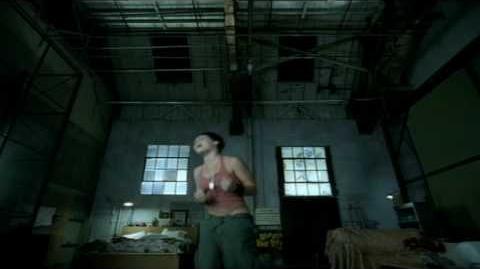 Since its release in 2001, "Family Portrait" has been included in the setlist of every major tour P!nk has done, with the exception of the Funhouse Summer Carnival in 2010 and the Beautiful Trauma Tour in 2018. She performed an acoustic version of the song during The Truth About Love Tour. 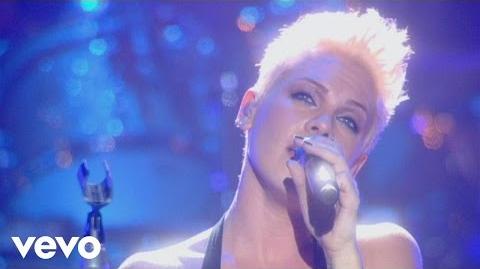