"Fingers" is a song recorded by American singer-songwriter P!nk for the deluxe edition of her fourth studio album, I'm Not Dead, released in 2006. It was written by P!nk and Billy Mann, while production was handled by Mann and Christopher Rojas.[1]

"Fingers" was later included as one of the three bonus tracks on the platinum edition of I'm Not Dead, released in 2007. It one of only two of P!nk’s bonus tracks, along with Heartbreaker, from any of P!nk's albums to be performed live to date.

"Fingers" was included as a bonus track on several international editions of the album when it was first released, being placed in between "Conversations with My 13 Year Old Self" and the hidden track "I Have Seen the Rain."[1] When the platinum edition of I'm Not Dead was released in 2007, "Fingers" was again included as a bonus track, this time alongside "Heartbreaker," the B-side to "Stupid Girls," and "Centerfold," a previously unreleased track.

"Fingers" is the only bonus track that P!nk has performed at a live show before. She performed it on several dates for her I'm Not Dead Tour. A live version of the song was included on the tour's subsequent DVD release, Live from Wembley Arena, London, England. 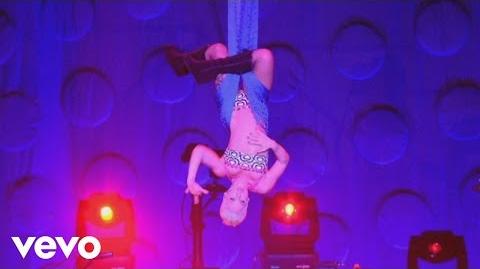