Funhouse is the fifth studio album by American singer and songwriter P!nk, released by LaFace Records worldwide on October 24, 2008. The album debuted at number two on the Billboard 200 chart, selling 180,000 copies in its first week and reached number one on the charts in seven countries including Australia, New Zealand, Netherlands and the United Kingdom. Funhouse has sold over six million copies worldwide.

Singles from the album include "Sober," "Please Don't Leave Me," "Funhouse," "I Don't Believe You," "Glitter in the Air," and the US number-one single "So What." Funhouse earned P!nk three Grammy Award nominations and five MTV Video Music Award nominations. It was re-released inlate 2009 to include a bonus DVD, and was accompanied by the release of Funhouse Tour: Live in Australia, a live album taped during the Australian leg of the Funhouse Tour.

P!nk has stated that this album is her most vulnerable to date. Much of the album's subject matter alludes to her recent separation from husband Carey Hart. The first single, "So What," opens with: "I guess I just lost my husband/I don't know where he went." "Please Don't Leave Me" also addresses the split. The artist sums up its theme thus: "Okay, I’m an asshole, but love me anyway." In "Mean," she sings, "It was good in the beginning/but how did we get so mean?" The song that Moore is the most proud of is "Crystal Ball." She said about the track: "I recorded it in one take and we didn’t mix it. It just went straight to master. It was all about a vibe and not about perfection or being polished. I just love that song and I loved recording it." She wrote the song with Billy Mann, who also aided her with the songs "Stupid Girls," "Dear Mr. President," and "I'm Not Dead" (all 2006), among others.

In "It's All Your Fault," P!nk blames her lover for giving her hopes of a love relationship, then simply giving up on her. She proclaims in the lyrics "I conjure up the thought of being gone, but I’d probably even do that wrong." In "Glitter in the Air," P!nk asks many questions such as, "Have you ever looked fear in the face and said I just don’t care?" and "Have you ever hated yourself for staring at the phone?" P!nk admits, "I still don’t have some of the answers to the questions I pose on this record. I’m still figuring it all out."

The track "Sober," which is the album's second single, was written by P!nk at a party hosted at her home, where everyone was drunk or drinking except for her, and she wanted them all to leave. She went to the beach and had a line in her head saying "How do I feel so good sober?" Eventually it had nothing to do with alcohol, but with identities. "How do I feel so good with just me, without anyone to lean on?" P!nk said in an interview.

"Ave Mary A" deals with world issues and problems. "One Foot Wrong" talks about an acid trip that went wrong, but also has an underlying theme. "That song is also about losing control and how easy it is to lose the plot in life and teeter on the edge."

Originally, P!nk wanted to call her album Heartbreak Is a Motherfucker, but her record label declined because of a fear that offensive language would affect sales. She also said that she did not want the album to look like a break-up album; "There is a lot of that [break-up], but there is fun happening too and that's why I named it Funhouse in the end." P!nk has also stated that she sees life as a carnival: "Clowns are supposed to be happy, but they are really scary. Carnivals are supposed to be fun, but really they are kind of creepy." [...] "and that's like life to me, and love. Love is supposed to be fun, but it can sometimes be really scary. And the funhouse mirrors that make you look so distorted that you don’t recognize yourself and you ask yourself, ‘How did I get here? How do I get out of here?’ But, you think that you want to do it again. That is the same as love and life. It's a metaphor for being in love and for life." This also shows in the title track "Funhouse" where she tells that it used to be fun. "It's about when the box you’re in doesn’t fit anymore, burn that fucker down and start a new one."

P!nk wrote and recorded approximately 30 to 35 songs for Funhouse. "It's like getting rid of your children: 'I like that one too, but I'm going to let that one die,'" she said of choosing the album's tracks. "The good thing now is that different countries want extra songs and B-sides, so there's always a home for the other kids." P!nk traveled internationally to write and record the album, working with Eg White in London and with Max Martin in Stockholm. "It was really good to get out of my house and get away from my life. No distractions. No phones," P!nk said of her sessions outside the US.

Funhouse received generally positive reviews from critics. The album has a score of 69 out of 100 from Metacritic based on 20 "generally favorable" reviews. Sydney's The Daily Telegraph gave it 4.5 stars, writing, "The record is a balanced blend of upbeat pop gems and midtempo ballads [...] The power of P!nk's pop lies in the clever juxtaposition of heartfelt honesty about her life with anthematic choruses and irresistible melodies tailormade to be screamed out by her fans."

Other positive reviews were published by Us Magazine, which gave the album four stars, saying "The rebellious Grammy winner again fuses unrestrained lyrics with perfect pop-rock hooks on her electrifying fifth CD. From her aggressive No. 1 hit 'So What' to the vulnerable 'Please Don't Leave Me' and the openhearted ballad 'I Don't Believe You,' P!nk confirms she's still in excellent fighting shape." In his Consumer Guide, Robert Christgau picked out the single from the album, "So What," as a "choice cut."

Less favorable reviews came from sources such as Rolling Stone and Blender, each giving the album three stars. Rolling Stone stated, "P!nk has shown more personality before, and some cuts, including the goopy ballad 'I Don't Believe You,' make her sound like just another big-voiced chart-buster. Funhouse would be more fun if P!nk went easier on the bad-love songs."

Funhouse debuted at number two on the United States Billboard 200 chart issued on November 18, 2008, with sales of 180,000, behind AC/DC's Wal-Mart exclusive, Black Ice, which claimed the top spot with its second-week sales of 271,000. In March 2009, it was certified platinum by the RIAA for shipments of over 1,000,000 copies, and as of June 2012, the album has sold 1,960,000 copies in the United States. It was P!nk's highest charting album in that country, until The Truth About Love debuted at number one.

In Australia, record shops broke embargo and placed Funhouse on sale one day before its official release date; with only one day of sales, it became the fourth-highest selling album of the week, shifting 7,120 copies. Funhouse debuted officially at number one in Australia, and sold 86,273 units that week (the highest first week sales of 2008). Funhouse spent nine consecutive weeks at number one and has been certified 11× platinum by the Australian Recording Industry Association for 770,000 copies sold. The album ended both 2008 and 2009 as the second highest selling album of the year in Australia, and was reported in 2010 to be the second most successful album of the 2000–2009 decade.

In the United Kingdom, the album sold over 37,100 copies in its first day and 83,000 copies in its first five days. Funhouse became her first number-one album in the UK, entering at number one on November 2, 2008, and has been certified 3× Platinum by the British Phonographic Industry for shipping 900,000 copies. Funhouse was the ninth biggest selling record of 2008, and the eleventh biggest seller of 2009. 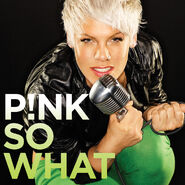 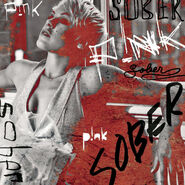 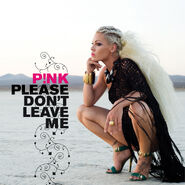 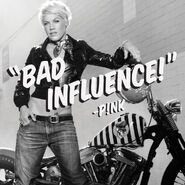 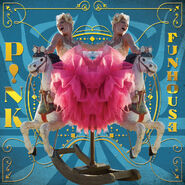 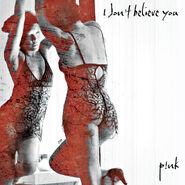 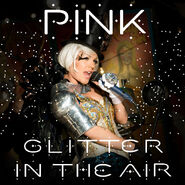 "Ave Mary A" was released as a radio-only single in Australia and peaked at #10 on the Australian Airplay Chart. It was featured on the Autumn 2010 edition of compilation CD So Fresh. It was the 24th most played track on Australian radio in 2010. It never charted on the ARIA Singles Chart. The song serves as theme tune for the German RTL docu-soap Verdachtsfälle since its airing date in 2009.

A tour edition of Funhouse was eventually released as a CD/DVD set, including the standard track listing, plus international bonus track "This Is How It Goes Down" and the previously unreleased "Push You Away."

A 2-CD set consisting of the original international edition CD and a bonus CD, the Live in Australia EP, which was released exclusively in Tchibo stores in Germany.